Commonly known by many as Bluefish, its distinctive colouration is a giveaway along with an indent (bum line) between the eyes, which becomes more prolific with age. A sort after table species they can be targeted throughout the year although the colder months are prime Bronze Bream season.

They’re a slower growing species reaching maturity at around 5/6 yrs or rouchly 30 ccentimetres in length. Records show that they can grow up to 60+ cm and exceed weights of +-5kgs.

The finicky species can certainly be tricky to catch at time but with experience and a couple of tips you can have great success targeting them on light to medium tackle.

Areas where they can be found – Where to fish

They can be found along the entire East coast, ranging from southern Mozambique all the way to the Western Cape with large numbers in areas that are rich with food.

In KZN and parts of the Eastern cape look for fish reefy /rocky areas and gullies with working water and although they are predominantly shallow water species you will find them down to depths of +-25- 30metres. In the southern parts of the country they can be found between kelp and seaweed.

Pro Tip: If you intend on releasing your catches, keep them in a pool and release them at the end of your session. We’ve found that releasing any fish in the gully you’re currently fishing spooks the entire shoal.

Spots to try in KZN

Their diet consists of a variety of algae, weed, small crustaceans and invertebrates and you matching their local food source is key but naturals like prawn, choka, cracker shrimp and red bait will get you bites. A good strategy is to alternate baits until you start catching and stick with that specific bait for the session/area.

We have found that a pushing tide works best especially where there is a foaming cover, which makes the fish feel safer whilst feeding

-They can be sly feeders, on the first bump, bow your rod down giving some slack and he will pull you flat then hit. Once his on always keep the line tight.

-Rule of thumb, in shallow waters use a shorter trace and vice versa for deeper areas.

The Bronze Bream stocks are under severe pressure, with their slow growth rate and being a semi resident species, we urge anglers to abide to the size and bag limits. Catch and release is a bonus.

Depending on the area you’re fishing, how far you will need to throw and if there are other bigger species in the areas here are our recommendations.

From the outset we fish with light and medium setups, this enables us to fish long hours whilst still enjoying the session. With todays tech, rods are super responsive, sensitive and with enough backbone to land bigger fish if hooked whilst targeting Bronze Bream.

Here are some excellent options to fit a range of budgets:

Depending on the outfit, one can choose between a light and smooth reel such as the Okuma Ceymar, Tomcat, Revenger Pro and Blue Diamond. If you are fishing an area with foul structure and with bigger species a reel with torque to bully the fish will be better suited such as the Okuma Azores or Cedros.

Linx Float beads to assist with movement in the wash and reduces snags if your bait is eaten by picking the hook of the bottom.

Always spray off and wipe your tackle after every use, general servicing/maintenance will increase the longevity of your reels as well. Storage of your rods during transit/storage should be in a case to prevent them getting knocked on any hard surface. 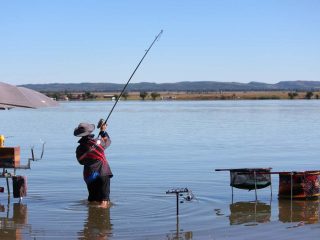 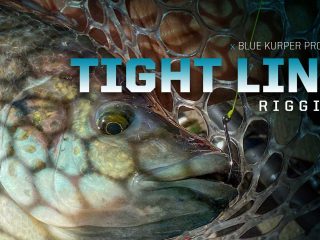 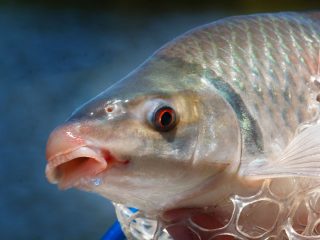 VIDEO
Tips for catching 100+ Loskop Muddies in a day
Loskop Dam
Loskop Dam’s, hard fighting and abundant Red Nose Muddies (known to locals as the V-6) are one of its biggest attractions during mid-summer. We…
WATCH NOW 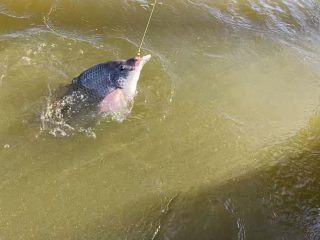 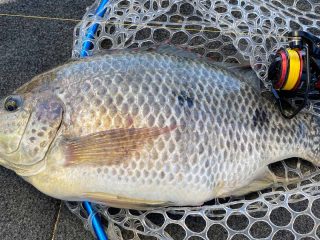 VIDEO
Kurper Float Fishing Essentials
Loskop Dam
Float fishing for Kurper is one of the most effective ways to target them, no matter if they’re feeding near the bottom or just…
WATCH NOW 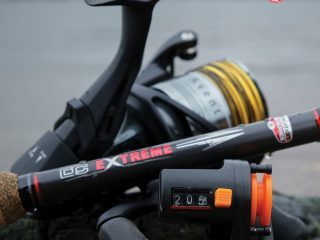 PRO TIP
Extreme Distance Casting
Our DC Extreme range of rods does exactly what the name suggests… casts extremely! These rods are available in 12’6″, 13’6″ and a whopping…
READ MORE